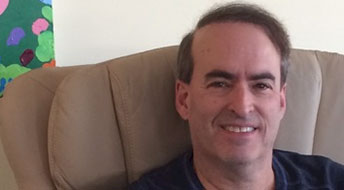 Dave is an Emmy Award winner who formed Metro Teleproductions in 1989. He began his broadcasting career after graduating the University of Maryland. He started as a radio network freelance news and sports reporter. He was responsible for breaking some big stories – including the story that forced Secretary of Interior James Watt’s resignation, before making the full time move to television.

He travels extensively throughout the United States and internationally working in the news, sports, entertainment and political fields. For years, clients such as Court TV, Johnson and Johnson, ESPN, MTV, ABC Sports, Retirement Living TV, Discovery Health and the Department of Justice have relied on Dave’s expertise to quickly assemble live remotes, top quality crews, equipment and deliver a finely edited production on time and on budget. He regularly lends his services to CBS News in Washington, DC and to Showtime Sports.