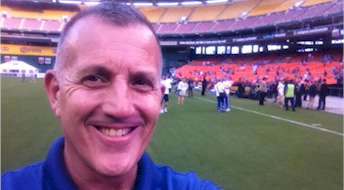 His work has been seen on network news and entertainment programs such as Retirement Living, Court TV, BBC, CNBC, FOX, NBC, PBS, the WB, Discovery, New England Cable News, Bloomberg News, TV One and AOL. He has also worked on many government and corporate video production projects.

Since 1997, Anthony has been an integral part of Metro Teleproductions, Inc., serving as EEP, ENG, studio and location cameraman and field audio technician.
His clients include Crewstar (McKinsey & Co.), Johnson & Johnson, MTV, PGA, Lockheed Martin, U.S. Dept. of Justice, CNN and many others.

For the past 12 years, Anthony has been a volunteer for the town of Berwyn Heights Police Department.