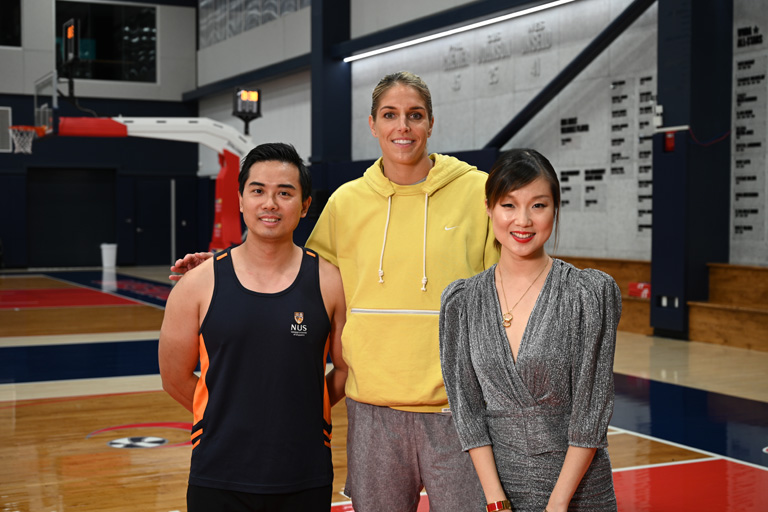 The client and star happy with a job well done. (Elana Delle Donne and Suzi Wang)

The call came from London, from Creatilogic Media Ltd, a bilingual video company that specializes in both English and Chinese productions. Their client was Huawei, the huge Chinese information technology company. And the job was to produce a livestream interview for them with Elena Delle Donne, the famed WNBA MVP and center for the Washington Mystics. The interview would be conducted by Huawei’s Director of Global Social Media Suzi Wang. 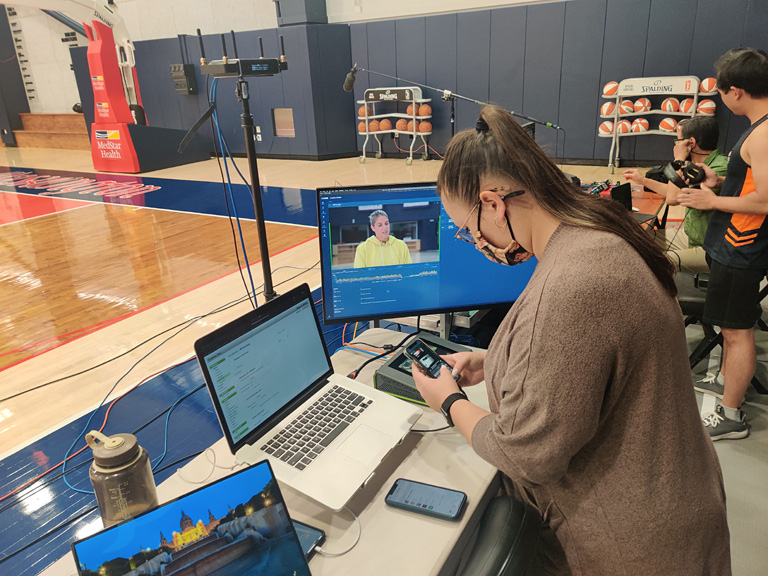 Streaming Director Analee Wong using the ATT Hot Spot to connect to the Epiphan and Teradek.

The language difference was the easy part. The location for the shoot was the Entertainment and Sports Network Arena in Washington, D.C., where the Mystic’s practice. This was challenging, because for the livestream, MTI needed to bring in a device to receive steady Internet access. Also, when you are doing multiple streams, you must split the signal so there is no buffering or computer crashing.

This is where the experienced MTI crew excelled.

Be Prepared Or Prepare to Fail 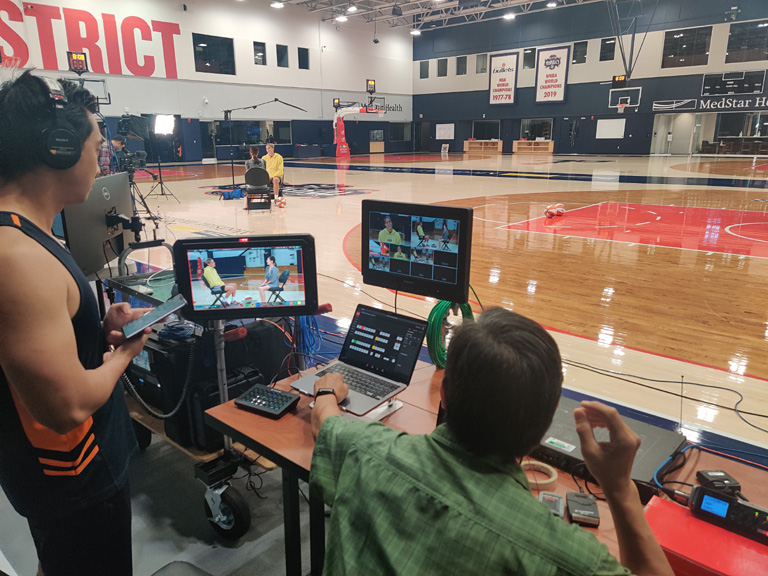 Analee used the Teradek VidiU for one of streams and the Epiphan Pearl Mini Live Video Production System was used for the other. And in order to get an Internet connection to the Pearl, Ani used an ATT Mobile Hot Spot to connect with the Epiphan. Switching between cameras was done with the Blackmagic ATEM 1M/E. The new Apple M1 Encoder was also used to ensure a proper signal.

The two-camera setup featured a pair of Sony FS7 Mark II cameras. In addition to a seated interview, there were scenes of Donne giving basketball demonstrations, so the audio had to be properly set up. 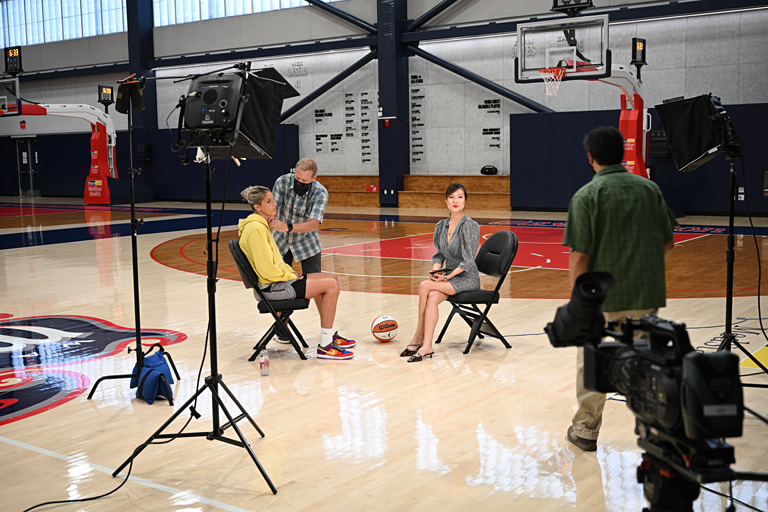 So when interviewer Suzi Wang sat down with Donne, everything was ready for streaming.