About the MTI Video Crew

Metro Teleproductions, Inc. has been in business for over 20 years. Personally directed by award winning videographer Dave Lilling, our team is known for exceeding expectations. Highly experienced staff provides each client with an unmatched level of experience and service for video and audio services as well as broadcasting and webcasting. Our customers know that we stand with them, not as vendors but as partners.

We are committed to help you succeed on every project because your success is our success. 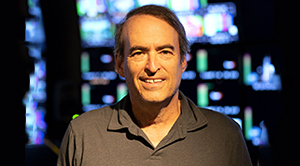 Dave LillingOwner, President
Dave is an Emmy Award-winning Television Broadcasting Professional who formed Metro Teleproductions in 1989. He began his broadcasting career after graduating from the University of Maryland. Starting as a radio network freelance news and sports reporter, Dave was responsible for breaking many big stories–including the story that forced the resignation of Secretary of Interior James Watt–before making the move to full-time television production.

Dave directed the PBS documentary “The Bayou: DC’s Killer Joint,” which earned another Emmy nomination and was seen on more than 70 PBS stations nationwide. He travels extensively throughout the United States and internationally working in the news, sports, entertainment, and political fields. For years, clients such as the Centers for Disease Control (CDC) and the Department of Justice, Johns Hopkins Medical Center, Microsoft, Google/Youtube, ABC Sports, ESPN, MTV, Johnson and Johnson, Discovery Health and more have relied on Dave’s expertise to quickly assemble live remotes, top-quality crews, equipment, and deliver finely edited productions on time and on budget. Dave regularly lends his services to CBS News in Washington, D.C. and to Showtime Sports. 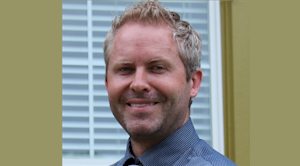 John BogleySenior Webcast Encoder/TD
In 2000, John Bogley joined MTI on a full time basis starting in video production and then serving as a webcast technician. John is now the senior webcast technician for MTI and has served as the primary technician on most of the NTIA events. John has provided live webcasting for the IMF, George Washington University , NSBA, NOAA, DOJ, IDESG, BIS, USAToday, SEC, and Microsoft among many others. He runs the encoders as well as coordinates with the streaming service providers and venue IT personnel to make sure that the proper connectivity is available and there are no issues sending a stream passed the firewall, out of the building and to the live audience.

He is versed in Windows Media, Flash and mobile device delivery as well as writing the embed code needed to implement the proper player(s) in the client’s website. John’s experience in codecs, formats, networks, streaming servers and browser compatibility makes him one of the premiere webcast technicians in this industry. His background in video production, specifically directing and camera operation, makes him an indispensable team member and helps provide continuity from event to event. John believes in always having a backup approach available and is as dependable as they come. As “our man in the field”, he always presents himself professionally and with a calm and collected demeanor. 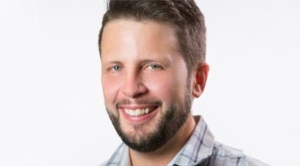 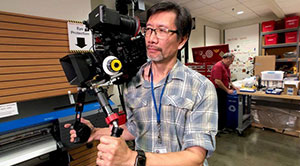 Ben WongDirector of Photography
Creating Visuals with Impact. This is the operating principle that guides Ben and informs his work on every project, shoot and scene. After 28 years as a Director of Photography he has developed the ability to quickly assess and distill a scene or shot into it’s most visually interesting and engaging composition.

In addition to dedication to his craft he embraces his role as part of a production team and welcomes the collaboration and creative stimulus from all involved. 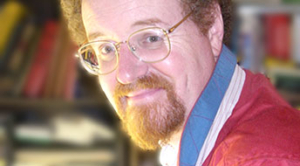 Dave NuttycombeWriter/Producer
Dave has more than 25 years experience as a filmmaker, journalist, and musician, producing work that both informs and entertains audiences across all platforms. His byline has appeared in the Washington Post, among many other local and national publications, and he has been a contributor to NPR’s “All Things Considered.” He was a co-writer/producer on the Emmy-nominated documentary “The Bayou: DC’s Killer Joint,” which aired on more than 70 PBS stations nationwide.

Dave helped launch Washington City Paper’s website and was the editorial director of its music-centric site, inDC. In 2010, his song “Elusive Online Dreams” was nominated for a Wammie Award by the Washington Area Music Association. In 2011 and 2017, the American Film Institute Silver Theater hosted retrospectives of his film work. Dave has won awards from the Association of Alternative Newspapers, the Association of Visual Communicators, among many others. He has opened for Weird Al Yankovic, Otis Day and the Knights, and Doug Clark and the Hot Nuts and is available for parties, weddings, and Bar Mitzvahs. 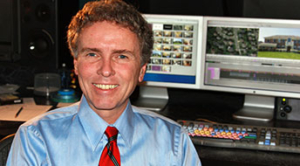 They founded the company in 1993 to provide nonlinear online editing to the D.C. area using the Avid Media Composer. Expert in Avid digital editing and all aspects of post production including broadcast television programs.

Over the years Bill has edited literally thousands of videos for broadcast, government and corporate clients. In the early years, the Reagan White House was a client. Videos have been edited for the Smithsonian, public & private schools and universities, along with technology companies such as NJVC and SAIC. His shows have been seen on all the major networks and PBS, along with Discovery, History, HGTV and other cable channels. He online finished the documentary The Bayou which aired on PBS stations. It was created in conjunction with Metro Teleproductions.

Bill was the online editor for the movie Paper Clips which is about a middle school in Tennessee studying the Holocaust. It was released by Miramax in theaters and is available on Netflix. This movie won many awards. Other awards include numerous Telly Awards, CINE Golden Eagle Awards, ITVA DC Peer Awards and a local Emmy Award. 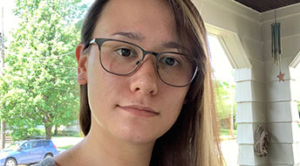 Analee WongStreaming Specialist
Analee is a streaming technician, but has performed many roles in production including: teleprompter operator, jib tech, grip, drone camera operator, production assistant and editor. She’s been streaming for two years on a variety of productions: from single camera Zoom/Microsoft Teams meetings, to large-crew commercial productions involving multiple cameras, live-keying, often in remote locations requiring specialized equipment to connect to the internet and broadcast a stream. She has broadcast to all the major CDNs – Facebook, YouTube, Twitter, Instagram, and Vimeo. 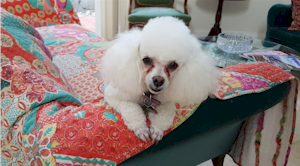 LolaProduction Assistant
Lola joined MTI in 2013 and is a valued member of the production team. She will work for snacks and belly rubs.
Page load link
Go to Top