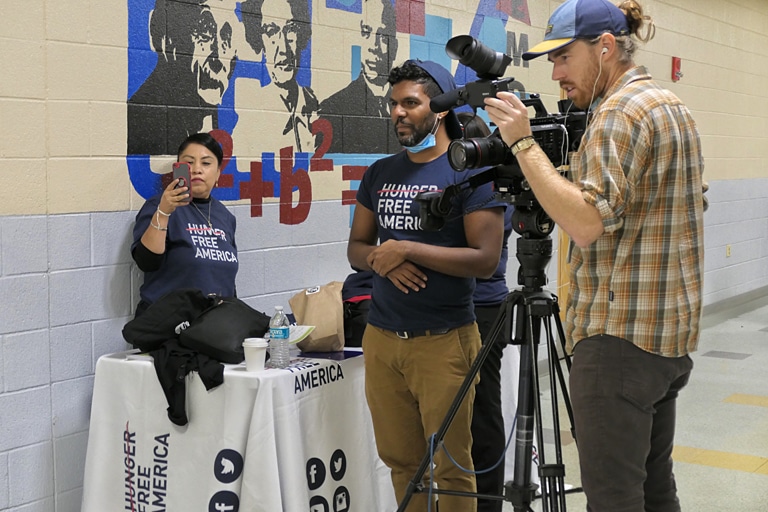 Director of Videography Ian Sbacio sets up the shot at the Kelly Miller Middle School. (Photo by Ashley Tillery.)

MTI got the call to help the Hunger Free America organization with a special event in honor of the National Day of Service. Actually, there would be three events happening at multiple locations on a single day. In fact, the third location was added after the initial discussions. But such complications are expected in video production. And despite such a detailed, complex agenda, this production was shot by a one-person crew. Ian Sbacio was the Director of Videography, using the Sony FS7 MII to capture everything that was happening at each location.

First up was a rally at Kelly Miller Middle School in Washington, D.C., where former U.S. Secretary of Agriculture Dan Glickman, Hunger Free America CEO Joel Berg, and others spoke and engaged in urban farming. 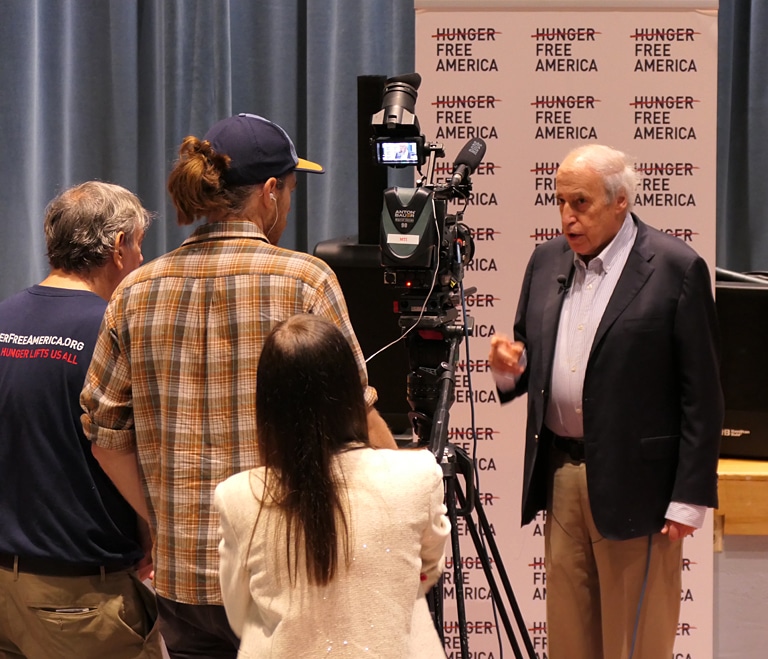 Then to a Safeway in Southeast D.C., where volunteers distributed fliers to shoppers and screened them for SNAP and WIC eligibility. Finally, everyone assembled at the Latin American Youth Center in Columbia Heights NW for more canvasing and community reach-out.

Despite the inherent complexities and potential problems that such an involved shoot might cause, the day went smoothly and MTI received a five-star review from the client. You may read Hunger Free America’s press release on the event here.