Capturing the Magic of Science

Capturing the Magic of Science 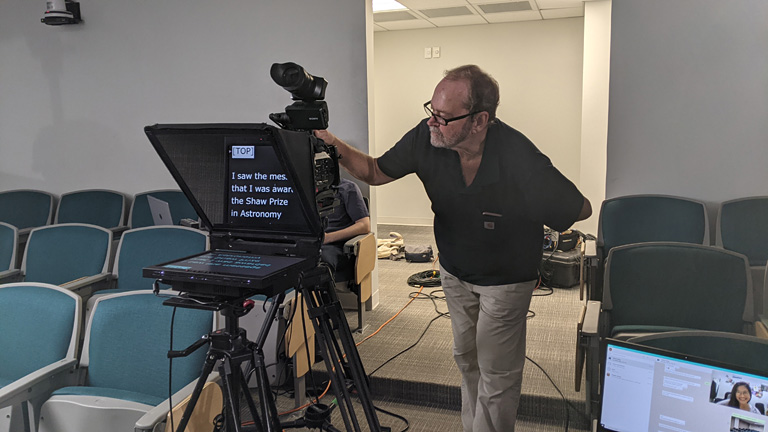 Prompter tech Steve Fancy makes sure that the prompter and camera are set up correctly.

Metro Teleproductions was honored to be asked by the Shaw Prize Foundation to provide video production for its annual award ceremony. Each year, the organization gives significant prizes in Astronomy, Life Science and Medicine, and Mathematical Science to scientists who have made significant advances in their fields. This year’s awards will be virtual, and the MTI team of Greg Fabic (Director of Videography) and Gary Black (Audio), with TelePrompter technician Steve Fancy, handled the three-day shoot on the GW campus. The video was shot in 4K/25p, which is the European PAL format; The Shaw Prize Foundation is headquartered in Hong Kong. 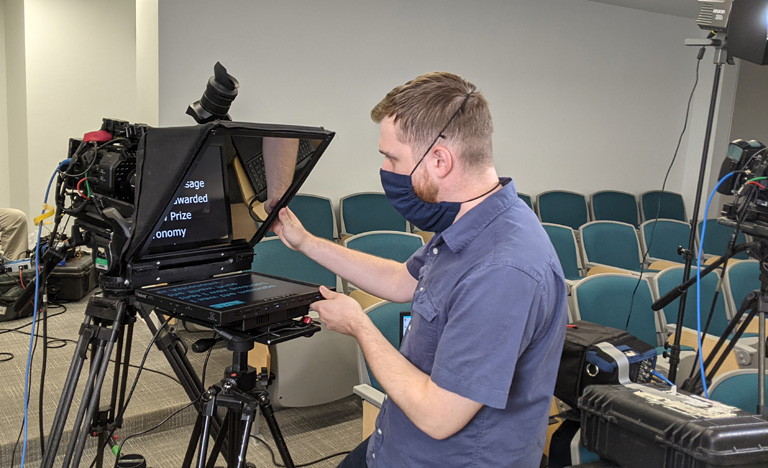 Soundman Gary Black hooks the audio link to the camera.

This year’s Shaw Prize Laureates in Astronomy are Victoria M Kaspi, Professor of Physics and Director of McGill Space Institute, McGill University, Canada, and Chryssa Kouveliotou, Professor and Chair, Department of Physics at George Washington University. (The pair won the award “for their contributions to our understanding of magnetars, a class of highly magnetized neutron stars that are linked to a wide range of spectacular, transient astrophysical phenomena.”)

During the three days of production the MTI team recorded an interview and B-roll with Prof. Kouveliotou in her office at GWU, as well as interviews with some of her co-workers in the department. In addition, the crew recorded a 30-minute lecture for broadcast later during the awards ceremony. 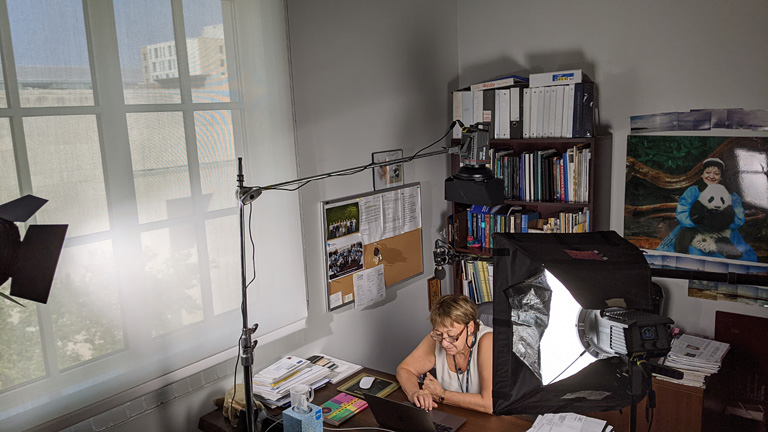 Shaw prize co-winner Prof. Chryssa Kouveliotou at her desk for an interview with Shaw Prize officials over WhatsApp loaded on a laptop.

Shaw Prize founder Run Run Shaw first made his impact as a producer of many of the great martial arts action movies of the last century. But that’s another story.