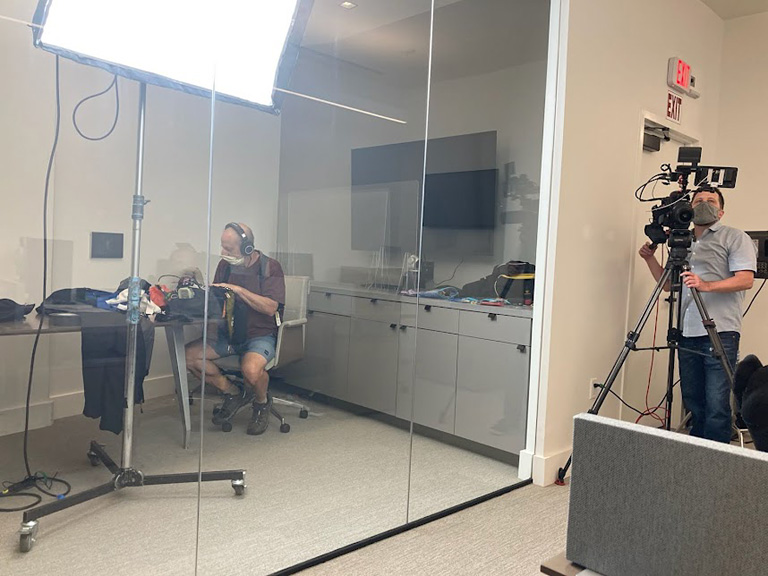 MTI was hired by Stokes Studios out of New York to shoot a series of clips that would be used for the Awards of Excellence Virtual Gala held by NAIOP, the Commercial Real Estate Development Association.

Jamie Sides was the Director of Photography, with Bernie Ozol handling the audio. It was a two-day shoot, with filming taking place at i5 at Union Market in D.C and the next day in Bethesda, Md. “A scramble,” according to Jamie, but even when time is tight, the job always gets done. Of course, all Metro Teleproductions crew and staff are fully vaccinated and comply with all Covid protocols.

To add production value, co-Director Nick Stokes ordered an Arri Sky Panel from Serious Grip & Electric. The Sky Panel is a compact, ultra-bright, high-quality LED soft light that can fill a room with a gorgeous glow. In addition, beadboard panels were used to reflect the light for a glossy, cinematic look. The camera was the workhorse Canon C300 Mark II shooting 4K.