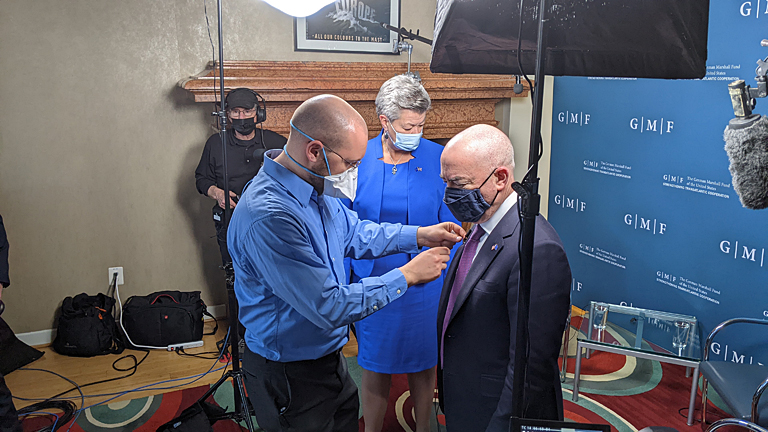 MTI recently produced a livestream for returning client the German Marshall Fund of the United States (GMF). The broadcast over Zoom was on the up-to-the-minute topic of ransomware. Moderated by Ambassador Karen Kornbluh, Senior Fellow and Director of Digital Innovation and Democracy at GMF, “Confronting the Ransomware Threat: Transatlantic Opportunities and Challenges” brought together U.S. Secretary of Homeland Security Alejandro N. Mayorkas and European Commissioner for Home Affairs Ylva Johansson for a deep discussion on this vital topic, with audience questions at the end.

MTI appreciates the confidence that GMF has in our production abilities that we should be trusted with a project involving such high-level international political players. 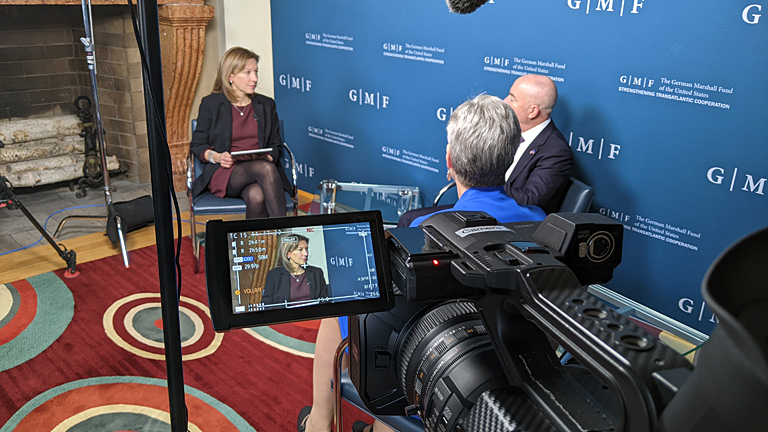 The Panasonic AG DVX200 keeps Ambassador Kornbluh in focus during the three-camera webcast.

The crew for this three-camera shoot was Director/Technical Director John Bogley, Greg Fabic on Camera 1, Bob Dean on Camera 2, and audio by Josh Roberts. The third camera was stationary, providing a wide shot of all the speakers. As usual, all MTI staff and crew are fully vaccinated and follow all Covid safety protocols. 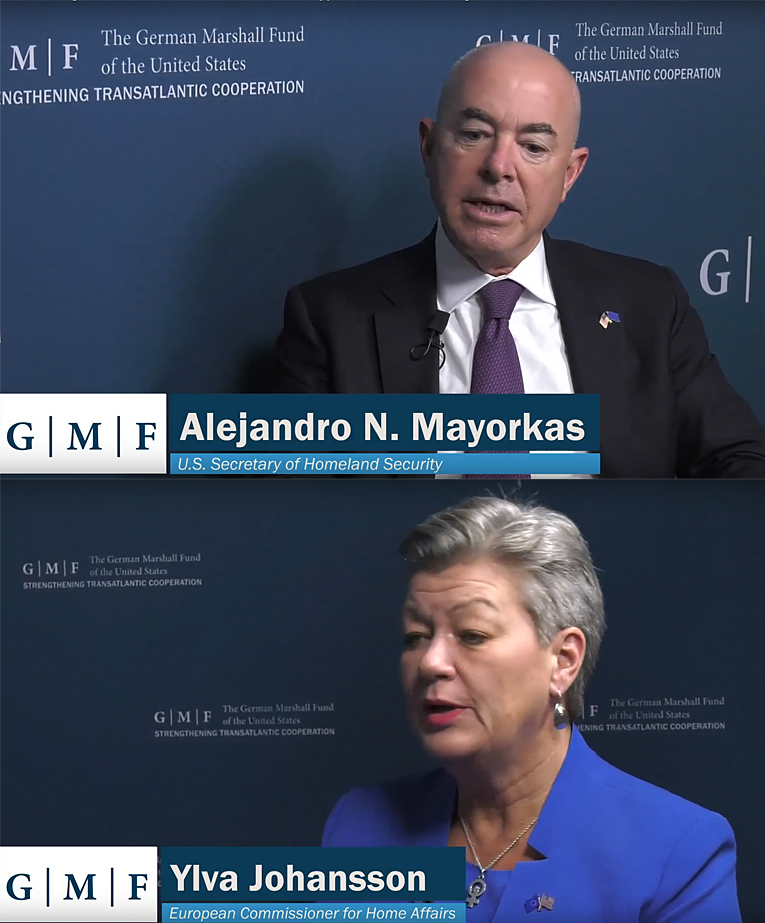 The resulting image being livestreamed of Secretary Mayorkas and Commissioner Johansson as seen by remote viewers online in the MTI webcast.

The program went smoothly and you may watch the results on the German Marshall Fund’s site or on Youtube.