Lighting Up A Festival Of Lights

Lighting Up A Festival Of Lights 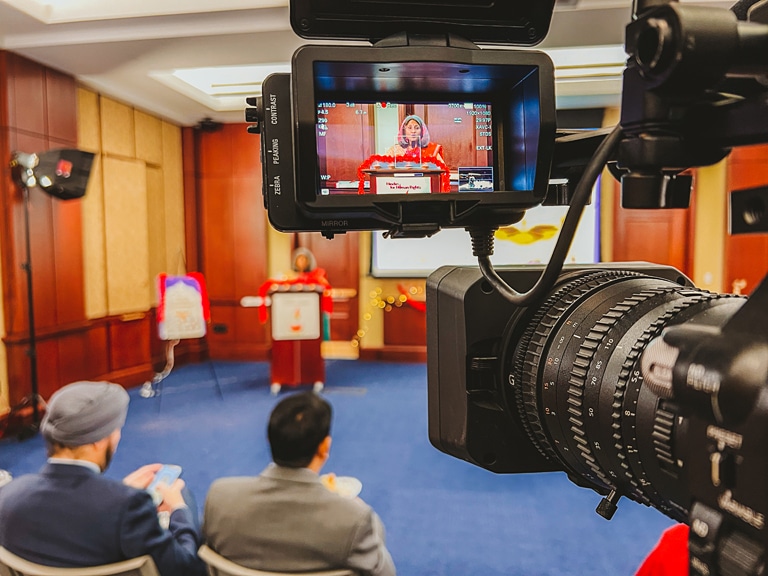 Executive Director of Hindus for Human Rights Sunita Viswanath speaks at the Deepavali event, captured by the Sony FS7 camera.

When the organization Hindus for Human Rights wanted to record its Capitol Hill Multi-Faith Deepavali Celebration, MTI got the call. Hindus For Human Rights advocates for the people of South Asia and North America based on principles derived from the faith values of peace, justice, and truth, guided by a vision of a universal common good.

And so when the group planned it’s celebration, to take place at the U.S. Capitol Visitor Center, MTI was the choice to provide video recording capabilities.

Deepavali, more commonly known as Diwali, but also many other names, is the annual “Festival of Lights” that takes place after the last harvest before winter and is celebrated by many faiths. Twenty other organizations co-sponsored the event, which featured speeches from faith leaders and policymakers, as well as performances of traditional Hindu dances.

Though the event was not livestreamed, much the same technology and production quality had to be in place. Ian Sbalcio was the cameraman and lighting director. A Sony FS7 camera fixed on a tripod captured the speakers and the dancers. One Aputure key light with a softbox illuminated the lectern, with two more Aputure lights bounced off the ceiling to soften and spread the light over the performance area. 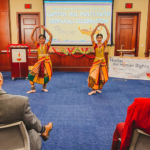 Traditional dances are a part of the Deepavali celebration. Aputure lights softened the view.