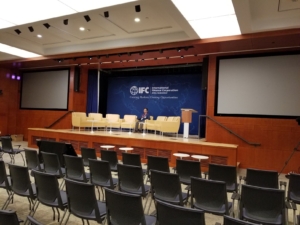 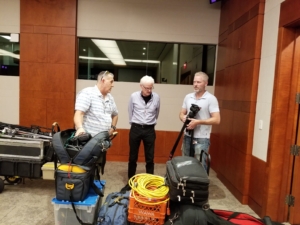 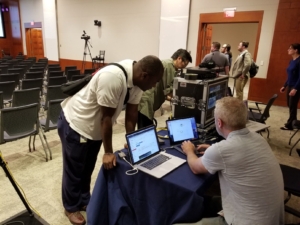 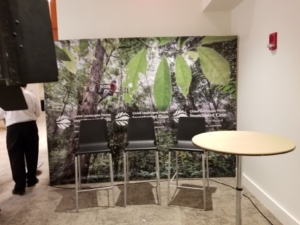 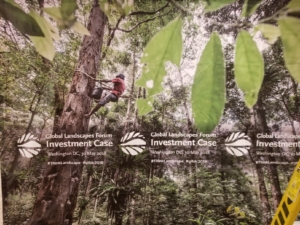 Tomorrow May 30th  from  9-am – 6 pm  MTI is  utilizing its video production services , video crews and its webcasting expertise  in Washington DC . MTI spent the day setting up  in the auditorium for the multi camera switch and also testing the Livestreams for Facebook and YouTube.  The key to a successful webcast is to always interact with the IT department at the facility that you are webcasting out of and make sure that you have adequate bandwidth to service YouTube,Facebook etc.

MTI is using the BlackMagicAtem 2 Switcher with Sony and Panasonic HD cameras .  We are utilizing a 3 camera switch inside the auditorium and a 4th camera which is a “live” interview camera, and will also record interviews in addition to behind the scenes footage.   In addition to powerpoints we will be showing  selected video footage. The event is being held at the IFC building at 2121 Pennsylvania Avenue NW.     /We will also utilize picture in picture for powerpoints and also the interactive app Slidedog.   In addition MTI will be recording separate presentations in 2 breakout rooms for future use on the web.

The event will be available as VOD on YouTube cut into specific sections so that people will be able to go to  a Keynote speech by Jennifer Pryce,  or individual sections such as Dragons Den, which involves judging of individual competitors.