MTI teamed with Rock Creek Productions on a livestreaming job for George Mason University saluting the life and work of Dr. Thomas Lovejoy, who passed away in December, 2021. Dr. Lovejoy was called the godfather of biodiversity. He first visited the Amazon rain forest in 1965 and dedicated his life to promoting awareness about the importance of the natural environment. 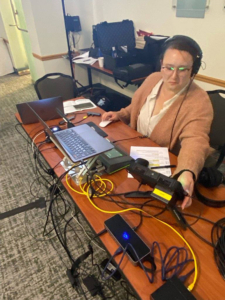 MTI Streaming Director Analee Wong makes sure all the many parts of production are ready for the livestream.

The all-day celebration included a who’s-who of noted scientists and scholars from around the world, including George Mason University president Gregory Washington, Ellen Stofan, Under Secretary for Science and Research, Smithsonian Institution, Jane Lubchenco, White House Deputy Director for Climate and the Environment, as well as members of Brazil’s National Institute of Amazonian Research, and the Global Council for Science and the Environment, and of course National Geographic. 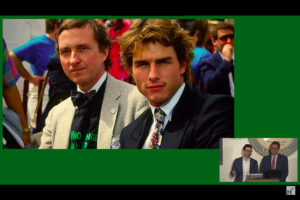 Dr. Lovejoy was able to get the attention of such celebrities as Tom Cruise.

The crew had to be on site at 6 a.m. and ready to stream by 9. Of course, on jobs with this many participants and moving parts — videos, PowerPoint slides, live and remote speakers, etc. — it is vital to get the details right. A lot of back-and-forth communication between the client and MTI ensured that the livestream went off smoothly.

It was a full day of heartfelt testimonials, all of which came together seamlessly thanks to lots of advance preparation and the skilled teamwork of MTI’s crew. 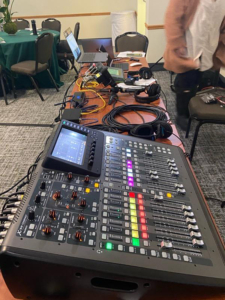 You may watch the full livestream here.

Many thanks to Jeremy Campbell and Luke Sean McBride from GMU for their advance prep.